The Most Potent Form of Persuasion Allowing You To Indirectly Captivate & Influence Others to Act, Follow, and Comply With Whatever You Ask

Discover the Persuasive Storytelling Tactics that Generate Genuine Excitement Around Everything You Say And Have People Hanging On To Your Every Word! 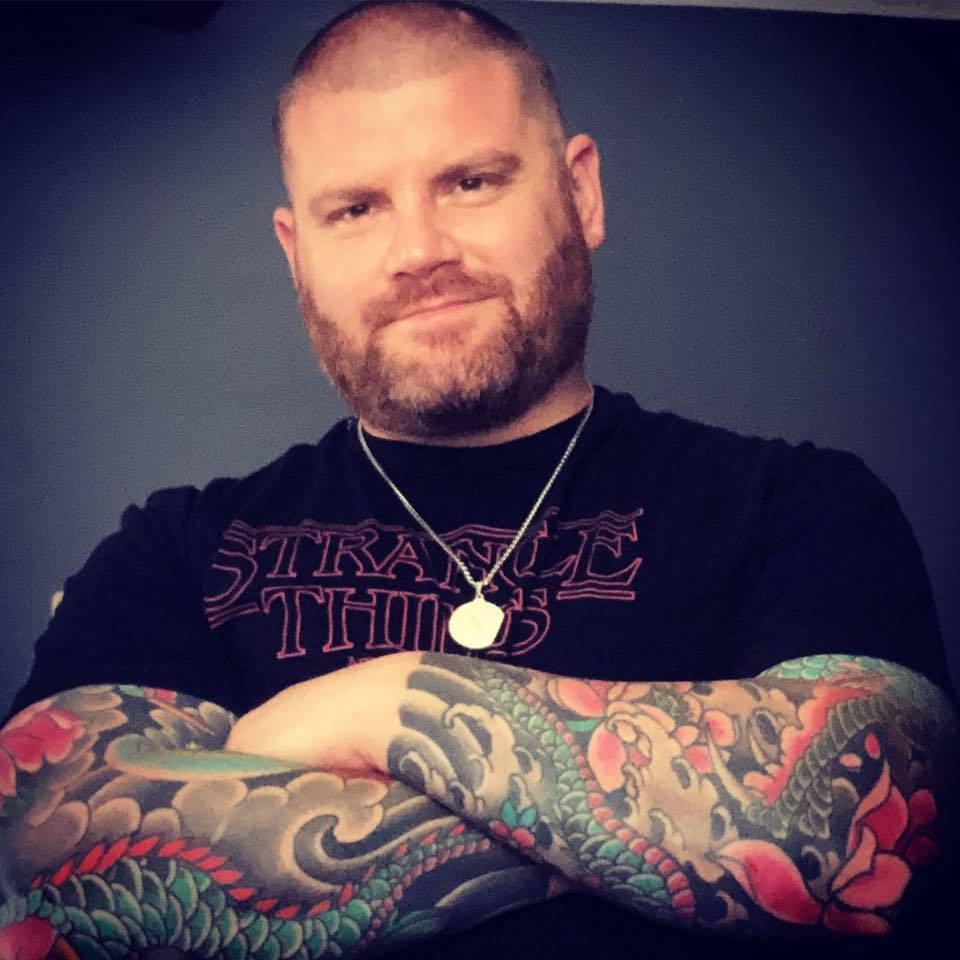 From The Desk of Paul Mascetta, NY

If you want a fast, sure-fire way of persuading people … in any situation…without sounding sleazy or manipulative by simply making a few small tweaks to the way you already speak… then this is going to be the most important message you ever read.

Because what you’ll see is a proven and 100% guaranteed way of taking any message and have it resonate so deeply,  that it makes people comply.

Hell, you could even use this strategy at a funeral and people would be ok with it.

Best part of all…

I Guarantee It Will Work The First Time You Try It – Or It’s FREE!

And I’m going to prove it to you without you risking a dime.
Here’s what this is all about:

In 2003 I flipped my car over on the highway and nearly killed myself.

I fell asleep behind the wheel and I woke up to my car bouncing off the divider to my left (the one that stops you from hitting the cars on the other side).

When I woke up I had lost control of the car and was headed toward the divider on the right which was there to prevent cars from dropping over the 1 story elevated highway.

As I saw the wall coming closer I sincerely thought the car was gonna go over.

“This is it” I thought “this is how my life is going to end”.

Then I hit the wall and my car flipped.

Imagine being on a wooden roller coaster with loops that goes upside down and getting smacked with a baseball bat in the chest before you hit the biggest loop.

I can vividly remember the smell of something burning. I think it was rubber but who knows?

I thought the car was gonna explode.

The car was upside down and the driver side window was completely shattered so I crawled out.

Another driver who had seen the crash ran over to me and said: "OMG I can't believe you're alive!"

Neither could the doctors who operated on my broken hip.

They said I was damn lucky that the crash wasn't fatal.

I was hospitalized for 2 weeks and spent over 3 months in physical therapy learning to walk again.

When you're that close to losing it all you realize a few things.

First, you realize that tomorrow isn't promised and life can end at any moment so you get your priorities in order and start doing what makes you happy.

I was only 23 so I wasn't exactly sure what that was.

But I knew what made me curious.

And that was the psychology behind what makes people say "yes".

You see, the only thing I had really ever been good at was selling.

And it wasn't because I knew how to overcome every objection or how to follow up with the prospect.

It was because I knew how to connect with people.

I was curious to see if there was a logical explanation for this "connectedness" I was able to form.

I started studying the greatest influencers and communicators of our time.

I studied people like Winston Churchill, Abraham Lincoln, Henry Ford and Martin Luther Kind Jr. among many others.

But there was one man who fascinated me more than anyone.

His name was Dr. Milton Erickson.

Erickson is believed to be the most influential hypnotist that ever lived and the "father of modern hypnotherapy".

Among many other things, he was a master communicator.

He was able to achieve results with his clients that other hypnotists simply could not because his approach was much different.

Erickson was very aware that most people were naturally resistant by design.

And he also knew that someone could not be hypnotized unless they lowered their resistance.

So his main goal above all was to lower the resistance of the subject before he attempted to hypnotize them.

You see where 'classical' hypnosis is authoritative and direct, and often encounters resistance in the subject, Erickson's approach was accommodating and indirect.

For example, where a classical hypnotist might say "you are going into a trance", Erickson would say something like "you can comfortably learn how to go into a trance".

In this way, he provides an opportunity for the subject to accept the suggestions they are most comfortable with, at their own pace, and with an awareness of the benefits.

The subject knows they are not being hustled, and takes full ownership of, and participation in their transformation.

One of his trademark tools was storytelling.

You see instead of bombarding people with data, facts or arguments, Erickson would wrap his entire "presentation" in a story so the subject wouldn't feel like they were being persuaded.

It's not hard to understand why he did this..

The Human Mind Is Hard Wired For Stories

Storytelling is the oldest form of verbal communication.

In primitive times when someone wanted to explain or teach someone else how to do something, they told a story.

For example, if a man figured out a better way to hunt, he told the story of how he was sitting in the woods and suddenly he came up with the idea of setting a trap instead of using a spear to catch his prey.

This fascination we have for stories never left us.

It's the reason why Hollywood movies generate billions of dollars each year.

Something magical happens when we hear a good story.

We immediately transport ourselves into the shoes of the main character...just like we do when watching a movie.

And that's what makes storytelling so powerful when it comes to persuasive communication.

Just as it did for Erickson storytelling gives you a cloak to wrap your presentation in so that the target or subject becomes engaged and genuinely interested instead of being bored or resistant.

And that's exactly why I created...

The Complete Guide to Incorporating Storytelling Into Your Sales Process, Business, and More Without Coming Off as “Salesy,” Pushy, or Cliché!

Here’s Just a Bit of What You’re About to Learn Inside The Storytelling Blueprint…
In Module 1, You’ll Discover How Stories Help
Your Business as You Learn…
In Module 2 You’ll Discover…
Learn How to Create Stories that “Sell Without Being Sleazy” in Module 3 as You Learn…
Begin Crafting an Effective Story With this Information From Module 4…
In Module 5, You’ll Learn 17+ Must-Know Storytelling Techniques Including…
Here Are a Few of the Ways Module 6 Shows You How to Create a “Can’t Forget” Story…
Use the Tools in Module 7 to Construct Your Own Story Repertoire and Learn…
During Module 8, You’ll Discover How to Connect Everything You’ve Learned About Storytelling to Your Products and Services and…
In Module 9 You’ll Learn to Use Stories to Enhance Your Credibility, Sell Your Products, or Get Funding for a New Venture and…
Finally, Module 10 Will Show You How to Use Stories to Get People to Take Action as You Learn……
Click Below, Order, And Learn To Create Stories That Always End With Your Subjects Agreeing With You!
List Price $127 Today's Price $27 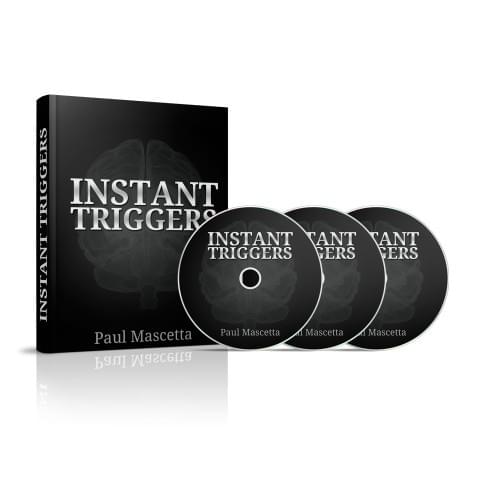 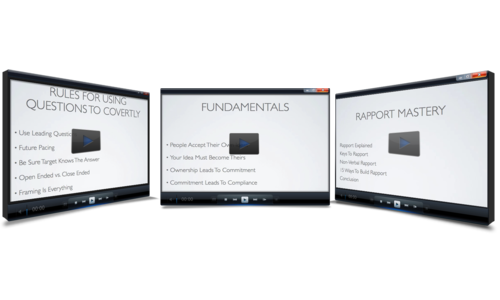 Use Stories to Sell, Even If You Have
“No Stories to Tell.”
Everyone has stories...including you.

Stories are an organic form of communication.

It's the main method in which humans have communicated since time immemorial.

The trick is getting people interested in hearing them.

think you have the kind of stories that people want to hear?

I give you a toolkit of stories to choose from all you have to do is..

P.S. Get access to 10 audio modules, including PDF transcript, to master the art of persuasive storytelling to whip your prospects into a, irresistible frenzy, build up your circle influence fast and finally gain the power to persuade on command. Don’t decide now! Just say maybe and try out everything here for 365 risk-free. In fact, all the risk is on me. And hurry! The low entry level investment will soon go up in price. So order now to avoid disappointment.

P.P.S. You think your competition is studying these storytelling techniques? Trust me, they aren’t. That's why, when you do, you’ll gain an AUTOMATIC ADVANTAGE in the world of influence and persuasion. You’ll be using techniques, strategies, and methods that your audience hasn’t become stale to. You’ll be fresh. New. Vibrant. Influential.

What are you waiting for? This stuff works